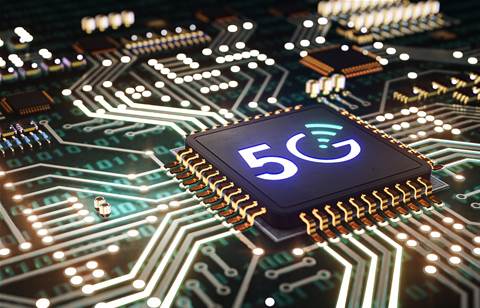 A new mobile network provider is definitely not in the cards for the Māori Spectrum Working Group, CEO of the Interim Māori Spectrum Commission Antony Royal told CRN NZ.

Instead, there will be a focus on a strategy that will bring more immediate benefits with less capital-intensive requirements.

Earlier this month, the Aotearoa New Zealand Government signed an agreement that will provide “ongoing allocation of national spectrum and a role for Māori in spectrum policy making”.

The agreement builds off the spectrum allocation in 2000 that was used to build out 2degrees, a brand that successfully brought down a telecommunications duopoly.

The latest win for the Working Group did not come easy, Royal explained.

“It was 20 years worth of work, with two years of intense work in the last couple of years. But it's good that we've got to an agreement and we’re now moving forward,” he said.

Although the organisation’s strategy for commercialisation is still in the early stages, there are plenty of ideas in the works. Royal said the five-year goal is for the Māori Spectrum Commission to have a revenue stream that ensures it is self-sustaining.

“We do need to have a commercial strategy and we think there are some opportunities out there, but that'll be some work that we're just kicking off now. What we're looking to do later this year is trying to figure out what those relationships might be that we'll need to build in order to build that revenue stream,” Royal said.

While the rise of 2degrees was beneficial to Aotearoa New Zealand as a whole by bringing down prices and improving accessibility of mobile connections, it was “less so for Māori directly”, Royal said.

High on the list of priorities for the future of the spectrum allocation is to ensure that the steps that are taken will lead to positive outcomes for Māori.

One such plan is a 5G innovation platform where Māori-led companies, as well as associated companies and tertiary institutions, can undergo testing of new 5G technologies and experiment with building networks.

“What we want to be good at is understanding what components make up a 5G network, what works well in a 5G network and what doesn't, and then how can you then apply that to various problems,” Royal explained. “It'll also become a training environment so that we can host people and let them play around with the kind of technologies.”

The goal is to focus on verticals where Māori already have knowledge and experience, such as event management, broadcasting, agritech and logistics, and become experts in deploying 5G specific applications and solutions in those areas.

However, while 5G is the “headline”, as Royal put it, the Working Group is also aware of the value other spectrum holdings can bring.

Although the plans are still fledgling, Royal spoke of the possibility of a nationwide environmental IoT network that can monitor water quality, humidity, rainfall, biodiversity and other aspects that are vital to understanding the health of the whenua.

“Having gathered that data, as you gather over a long time, then what are some of the conclusions that you can come to by analysing that data? You can start to make decisions around some of the impacts that climate change is having,” Royal said.

“The other great thing about the IoT environment is that it has a low barrier to entry, so we can easily look to engage with schools and universities and people who have interest in this area to start building these networks, and they don't cost hundreds of thousands of dollars to deploy.”

Much longer term, even the idea of a digital twin based on this data was acknowledged as a possibility.

The Māori Spectrum Working Group and Commission are still developing their plans and ideas for how to leverage the allocation of spectrum in a way that will help develop technical capabilities and bring new opportunities for Māori and all of Aotearoa.