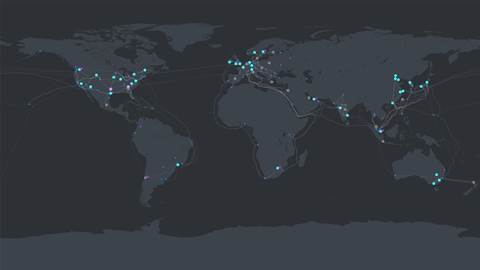 The forthcoming New Zealand North Azure region in Auckland will get an Availability Zone feature for additional services and higher reliability, Microsoft said.

This is to mitigate against risks such software issues, hardware failures, and natural disasters like earthquakes and flooding, Microsoft said.

Customers with virtual machines deployed across two or more availability zones have a guaranteed service level agreement with connectivity to at least one VM instance 99.99 per cent of the time.

In Australia, Microsoft said it will bring Azure Availability to it's Southeast Melbourne data centre region which launched in 2014.

Azure Southeast in Melbourne counts trans-Tasman grocery chain Woolworths among its customers, along with the National Australia Bank.

At Microsoft's recent Ignite 2022 conference, the IT giant's chief executive Satya Nadella called Azure "the world's computer" and claimed it is the only cloud that "supports all organisations and all workloads, from enterprises to startups to highly regulated industries."

Got a news tip for our journalists? Share it with us anonymously here.
© CRN New Zealand
Tags:
aucklandazurecloudmicrosoftnabservice providerswoolworths
By Juha Saarinen
Oct 17 2022
6:18PM