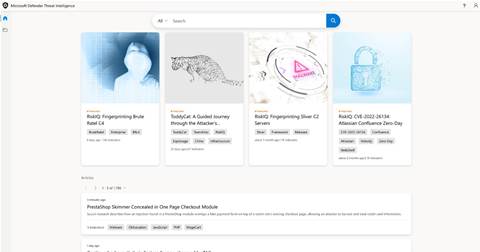 The increasing number of cyber-threats confronting organisations require robust attempts to gather intelligence about potential attacks before they happen and to assess the vulnerabilities of companies, said Vasu Jakkal, Microsoft’s corporate vice president of security, compliance, identity, and management, said.

The new Microsoft Defender External Attack Surface Management (EASM) gives security teams the ability to see their systems’ safeguards and potential vulnerabilities from the vantage point of attackers – and in the process identify “potential entry points for an attacker,” according to the company.

In all, Microsoft now has about ten security offerings within its Microsoft Defender suite.

“They brought some unique things to the table,” Lefferts said of RiskIQ’s capabilities, adding that Microsoft was eager to integrate RiskIQ’s products into the Defender offerings.

In May, Microsoft created some concern within channel circles when it announced it was offering three expanded services under a new category called Microsoft Security Experts.

The idea behind Experts is to provide customers with more human interaction and intervention when it comes to their security needs.

Lefferts at the time acknowledged that offering security expert services, as opposed to security software products, could cause friction between Microsoft and channel partners offering similar services.

He indicated Microsoft was willing to make future adjustments to its Experts programme in the future.

But Lefferts said he sees no competitive friction with channel players regarding its new threat intelligence and EASM products.

“I think these will help partners,” he said, noting channel players can either buy the Defender products for themselves or to resell them to customers.

“It gives them more visibility in the market,” he said.

He added that the new threat intelligence and EASM products are aimed at helping “sophisticated users” dealing with all kinds of cyber-threats.

Lefferts didn’t rule out Microsoft adding more products to its Defender line-up, but indicated nothing is imminent.

Got a news tip for our journalists? Share it with us anonymously here.
Copyright © 2018 The Channel Company, LLC. All rights reserved.
Tags:
antivirusbusinessdefendermalwaremicrosoftsecurity
By Jay Fitzgerald
Aug 4 2022
9:05AM