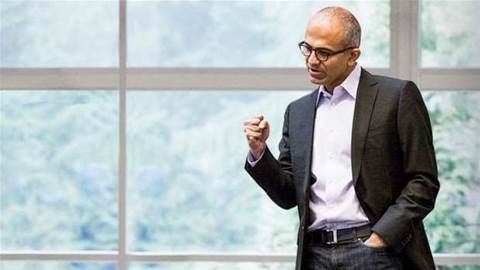 Microsoft has surpassed Wall Street targets for first-quarter revenue  as the ongoing shift to hybrid work powered demand for its cloud-based services and helped cushion a slump in the personal computers business.

A diverse portfolio of products including Outlook and Teams has made Microsoft essential to businesses adopting flexible work models, helping it retain and attract customers at a time when a broader economic slowdown has sapped corporate spending.

Azure grew 35 per cent in the three months ended Sept. 30, but it missed the 36.5 per cent analyst target compiled by Visible Alpha due to a stronger dollar.

Excluding foreign exchange factors, Azure was up 42 per cent.

Microsoft's broader Intelligent Cloud division posted a 20 per cent rise in revenue to US$20.33 billion, almost in line with estimates of US$20.37 billion, according to Refinitiv.

"We continue to see healthy demand across our commercial businesses including another quarter of solid bookings," said Microsoft chief financial officer Amy Hood.

Still, a slump in personal computer sales and the dollar surge hurt Microsoft's revenue and showed that the software giant is not entirely immune to macroeconomic pressures.

Windows OEM revenue sank 15 per cent, as PC sales have shrunk from highs hit during the pandemic with households and businesses tightening spending in the face of decades-high inflation.

The company reported revenue of US$50.12 billion for the quarter, compared with US$45.32 billion a year earlier.

Analysts on average had expected US$49.61 billion, according to Refinitiv IBES data.