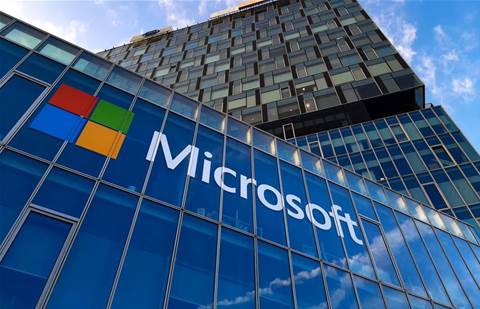 Microsoft will increase the prices on multiple Microsoft 365 nonprofit products later this year, following a price increase in March for multiple M365 commercial products after a decade of updates and innovation without a price hike. M365 includes popular Microsoft applications such as Word, Outlook, Teams and Excel.

According to a document of frequently asked questions provided to Microsoft partners, the company will increase the price of five products on 1 September. The increase applies to new and existing nonprofit customers across all licensing channels.

CRN USA has reached out to Microsoft for comment.

The price changes include the nonprofit Microsoft Office 365 E1 license increasing by 25 percent, going from US$2 to US$2.50.

By comparison, in March, commercial Office 365 E1 licenses increased from US$8 to US$10, also 25 percent.

The nonprofit Microsoft 365 E3 license will increase by 13 percent, going from US$8 to US$9.

And lastly, nonprofit Microsoft 365 Business Premium licenses will increase by 10 percent, going from US$5 to US$5.50

In March, commercial Business Premium licenses went from US$20 to US$22, also an increase of 10 percent.

M365 E5, Microsoft Business Standard and Frontline nonprofits products will not change their prices, according to Microsoft.

Microsoft will continue to provide nonprofits with discounts of up to 75 percent on other M365 products, according to the company. Local markets may see some price adjustments. Sellers can’t use an early commitment to avoid the price increases.

The company is raising prices in recognition of 10 years of enhancements to the products and to keep up with competitors’ prices, according to Microsoft.

“This is the right time to update our pricing,” the company said. “Although there are still questions and uncertainty, we see clear signs of economic recovery around the world. Moreover, over the past few years our competitors have increased prices, in some cases aggressively. We simply have a better story and proven track record of reinvestment in the product and consistently delivering new value to our customers.”

On April 4, Microsoft ceased providing grants for most on-premises software and shifted to a cloud-first grant program to promote nonprofits’ move to the cloud.

However, Microsoft later announced a 20 percent premium Microsoft put in place on month-to-month commitments on top of the overall price increase during its “new commerce experience” campaign of modernizing how it transacts with partners and customers.

Partners have told CRN that the month-to-month premium pushes customers to annual commitments, which are more risky for partners because, if a customer no longer needs a Microsoft license before the end of the commitment, the partner could be stuck paying the rest of the year.

Microsoft has defended the month-to-month premium as a financial protection against customers that are at a greater risk of losing a license—which could be due to going out of business, acquisition or a loss of employees. Microsoft has also pointed out that many subscription businesses charge more for month-to-month commitments than annual ones.

Got a news tip for our journalists? Share it with us anonymously here.
Copyright © 2018 The Channel Company, LLC. All rights reserved.
Tags:
businessmicrosoft
By Wade Tyler Millward
Apr 11 2022
10:33AM