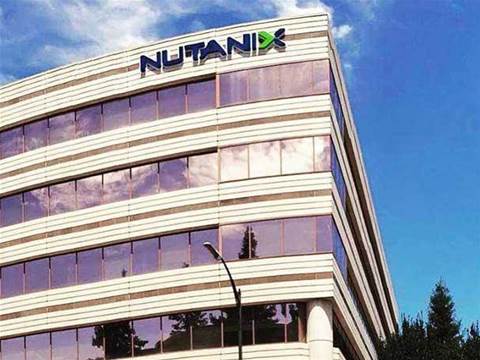 Nutanix is laying off 270 employees “to drive towards profitable growth,” the company said in an United States Securities and Exchange Commission filing, which followed warnings in May of supply chain disruptions, and despite a higher-than-expected turnover in the third quarter.

During the company’s most recent earnings call, chief executive Rajiv Ramaswami warned that supply chain disruptions late in the third quarter, as well as higher-than-expected attrition among its sales employees, put pressure on revenue upsides experienced during the quarter.

The US hyperconverged infrastructure software and rising hybrid cloud player said this week that the layoffs represent four per cent of its global workforce.

“As hard as it is to make decisions that impact employees, we believe this will enable Nutanix to be more efficient and flexible going forward as we navigate a challenging macroeconomic environment,” a spokesperson for the company said .

“We are committed to treating our impacted employees with respect and supporting them through the transition,” the spokesperson added.

In May Nutanix reported “solid” third-quarter earnings the company said, with US$403 million in revenue.

This represented 17 percent year-over-year growth, but those numbers came with a warning.

“Increased hardware supply chain delays resulted in an increasing percentage of our orders having start dates in future quarters, or in some cases being delayed, pending availability of hardware,” Ramaswami said on a recent earnings call.

“This affected both our billings and revenue upside in Q3, and we expect this trend to continue in Q4,” he added.

Nutanix said during the call that its customers are struggling to purchase the servers needed to run its software.

The downstream impact are contracts with start dates delayed by multiple quarters, when the customer is able to find servers at all, the company said.

Nutanix is expecting a rough fourth quarter as a result.

For its fourth quarter, the company is expecting annual contract value billings to be between US$175 million and US$185 million, roughly on par with the year-ago quarter when ACV was US$176.3 million.

Nutanix told investors to look for fourth-quarter revenue to fall between US$340 million and US$360 million, a drop of between 7 percent and 12 percent from the US$390 million Nutanix made in its fourth quarter a year ago.

“We don‘t believe our reduced outlook is a reflection of any change in our market opportunity or demand for our solutions,” Ramaswami told investors in May.

“That said, we are focused on mitigating the impact of these challenges and continuing to drive towards profitable growth,” he said.

Severance and termination benefits were expected to cost between US$20 million and US$25 million in cash expenditures, the company said.

Got a news tip for our journalists? Share it with us anonymously here.
Copyright © 2018 The Channel Company, LLC. All rights reserved.
Tags:
businessnutanix
By O’Ryan Johnson
Staff Writers
Aug 15 2022
8:01AM