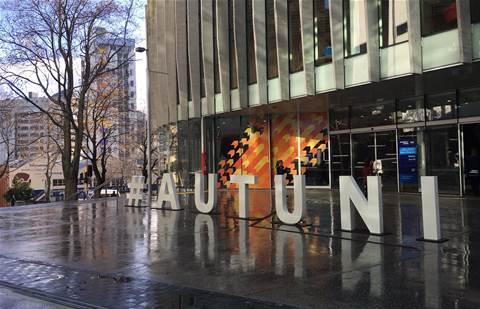 Kiwi open-source cloud solutions provider Catalyst IT has completed the rollout of the Koha Library Management System for Auckland University of Technology (AUT).

The Linux-based system is one of the most widely used open-source library management systems in the world, and it was first developed in NZ.

“Koha is open source software which connects us to an international community of over 15,000 libraries working collaboratively to continually improve it,” AUT research and learning director Ben Conyers stated in August when the project began.

“It’s great that the best system for AUT was first developed in New Zealand, and in Catalyst, we have a New Zealand-based company to implement and support it. Our collective team is keen to embrace the ways we can approach the project and ongoing system support in a te ao Māori way, which we have not had the opportunity to explore before now.”

The project began with two in-person workshops between Catalyst and AUT. After an interruption due to lockdowns, the rest of the project was delivered remotely.

It was delivered by Catalyst’s Koha team and included server setup and configuration, data migration, development, training, and consulting, a statement said.

The solution also integrates with AUT’s other internal systems including the online catalogue, self-check machines, automated processing of new users, and the university’s app and online portal.

The statement from Catalyst added that this is the first project the Koha team has actively aimed to run in a te ao Māori way, working with the AUT Library Māori Engagement Group to align values.

"Working with the AUT team has been a highlight of our year. The library has been working towards growing their use of open source systems for years now, and it's been wonderful to be invited into their programme of work,” said Catalyst Koha services manager Kathryn Tyree.

“It feels like we will continue to learn a lot from each other, and hopefully encourage more libraries to own their future technology solutions, while keeping their system data and support in Aotearoa".

AUT project manager Craig Murdoch said of this project, "We see the team at Catalyst as partners rather than vendors, and their commitment, skills and genuine approach meant our implementation was a real pleasure.

“We strongly believe that using Koha will bring significant benefits in terms of capability development, staff satisfaction and gaining the flexibility to control our own destiny. The future is exciting and we'd love to see more New Zealand libraries join us on the Koha journey."

Got a news tip for our journalists? Share it with us anonymously here.
© CRN New Zealand
Tags:
autcatalyst itkohalibrary managementopensourceservice providers
By Ben Moore
Jan 25 2022
10:45AM