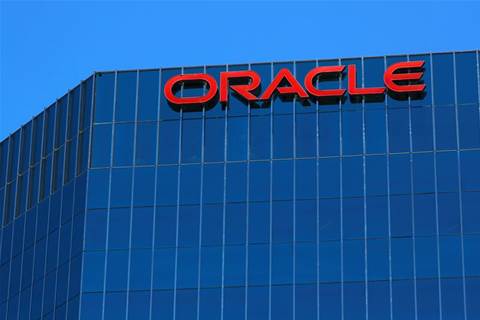 "We believe that this revenue growth spike indicates that our infrastructure business has now entered a hyper-growth phase," Oracle chief executive Safra Catz said in a statement.

Catz attributed the jump in revenue to the company's Fusion and NetSuite cloud applications and high demand for its infrastructure cloud business.

The company has been expanding its data center operations across the world as it seeks to capture the rise in demand for cloud computing and enterprise software.

Oracle is striving to increase its cloud regions, or geographical areas that allow customers to get faster access from a local data center, to better compete with providers such as Microsoft, Amazon and  Google.

Revenue for the fourth quarter ended May 31 grew 5 per cent to US$11.84 billion (NZ$18.9 billion), above analysts' average estimate of US$11.66 billion, according to IBES data from Refinitiv.

Oracle warned of a US$100 million hit per quarter in fiscal year 2023 as a result of suspending services in Russia.

The company, however, expects first-quarter revenue growth between 17-18 per cent, boosted by its US$28-billion acquisition of healthcare IT company Cerner.

Oracle's forecast comes on a day U.S. equity markets tumbled with the S&P 500 confirming it was in a bear market as investors fear aggressive interest rate hikes by the Federal Reserve could plunge the economy into recession.

Shares in the Austin, Texas-based company, which have declined about 27 per cent so far this year, rose nearly 9 per cent in extended trade.