Overall New Zealand IT spending forecast to grow next year 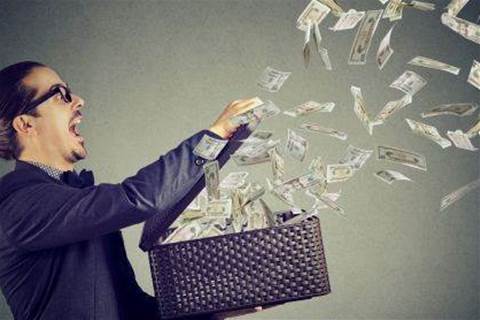 Analyst firm Gartner forecasts overall spending on IT in New Zealand to grow by 6 per cent next year despite economic headwinds, a rate that's higher than global 5.1 per cent average.

Gartner's numbers poiint to IT services growing the strongest next year at 10.4 per cent and breaking the five billion dollar mark, followed by software at 9.9 per cent.

New Zealand IT spending follows the global spending pattern, the exception being data centre systems which continue to record a healthy increase as cloud giants seek to establish operations in the country whereas worldwide growth is a more muted 3.4 per cent.

"“Enterprise IT spending is recession-proof as chief executives and chief financial offers, rather than cutting IT budgets, are increasing spending on digital business initiatives,” John-David Lovelock, distinguished vice president analyst at Gartner said.

“Economic turbulence will change the context for technology investments, increasing spending in some areas and accelerating declines in others, but it is not projected to materially impact the overall level of enterprise technology spending," Lovelock added.

Gartner based its analysis on surveys of chief information officers being tasked with accelerating time-to-value on digital investments, and the majority of finance boseses saying they're planning on increasing technology spend despite a down and deteriorating economy.

Dark clouds on the horizon include consumer spending on devices as high inflation means people are deferring puchases.

New Zealand overall spending on devices is expected to dip by a full percentage point.

Lowered device demand means hardware giants like Intel are plotting to reduce headcount ahead of what might be a tough next year.

Got a news tip for our journalists? Share it with us anonymously here.
© CRN New Zealand
Tags:
businessgartnerit services
By Juha Saarinen
Oct 21 2022
7:56AM