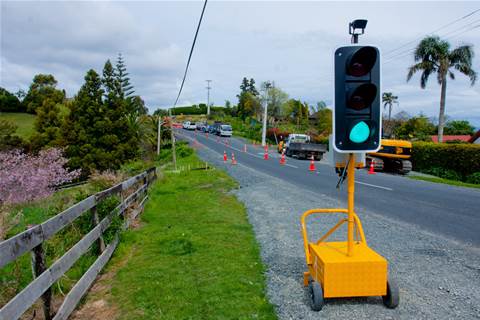 Traffic management equipment supplier PB Traffic owns 110 portable traffic light systems, each valued at over $20,000, which have been deployed to various major road and infrastructure projects.

In the past, the systems had been the target of thieves who would resell their internal batteries, costing the company around $60,000 a year, as well as increasing the risk of head-on collisions and causing serious congestion, explained PB Traffic general manager Akshay Gupte.

“We, therefore, needed a tracking system to give us full oversight of our traffic light systems no matter where they are, and the ability to understand whether they are working as expected.”

The company chose Pollin8’s devices and monitoring application and Thinxtra’s IoT network as a way of keeping track of these assets, which came with additional benefits.

“Our team can now view live traffic conditions from our headquarters to understand how the lights are performing in every location, plus the benefit of adjusting the timing of signal light changes to prevent road congestion and accidents,” Gupte said. "With Pollin8’s IoT devices and software plus Thinxtra’s 0G Network, we have a cost-effective and efficient solution that works beyond the standard capabilities of GPS tracking."

Since the installation, two of the lights have been stolen and were able to be recovered quickly, as the IoT devices were battery-powered and so could stay in operation even after the traffic light’s power supply was lost.

In two instances where PB Traffic’s lights were stolen, the company worked with local authorities to locate and retrieve the systems in real-time before they could be resold. Although the traffic lights lost power, Pollin8’s tracking devices, with a battery life of up to five years, continued to provide location data as they operate independently.

“As a supplier of traffic management solutions, PB Traffic has incredible responsibility for the safety of all persons impacted by its systems,” said Pollin8 CEO Nick Pickering. “Taking the guesswork out of asset management with our IoT devices and Thinxtra’s national connectivity means the organisation can focus on proactively managing theft and optimising traffic flow, making roadworks safer with less impact on commuters.”

Got a news tip for our journalists? Share it with us anonymously here.
© CRN New Zealand
Tags:
pb trafficpollin8service providerstechthinxtra
By Ben Moore
Apr 13 2022
8:00AM