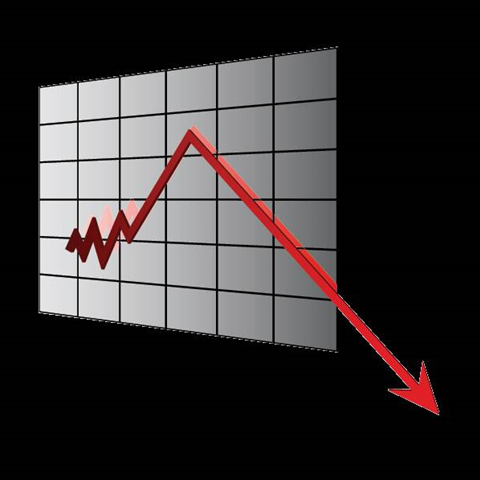 2022 proved to be a very difficult year for PC sales, according to top IT industry research firms IDC and Gartner.

Mikako Kitagawa, director analyst at Gartner, said in a statement that global recession, increased inflation and higher interest rates have had a major impact on PC demand.

Demand also collapsed after the COVID-19-related boom in sales early in the pandemic, Kitagawa said.

“Since many consumers already have relatively new PCs that were purchased during the pandemic, a lack of affordability is superseding any motivation to buy, causing consumer PC demand to drop to its lowest level in years,” she said.

The enterprise PC market is also being hit by economic factors, Kitagawa said.

“PC demand among enterprises began declining in the third quarter of 2022, but the market has now shifted from softness to deterioration,” she said.

“Enterprise buyers are extending PC life cycles and delaying purchases, meaning the business market will likely not return to growth until 2024.”

IDC this week, in its latest Worldwide Quarterly Personal Computing Device Tracker, estimated that 67.2 million PCs were shipped in fourth-quarter 2022, which was down 28.1 per cent compared with the 93.5 million PCs shipped in the fourth quarter of 2021.

According to IDC, it was the fewest number of PCs shipped for the fourth quarter since 2018, which at the time was caused by Intel CPU supply issues that lasted into 2019.

The massive drop in fourth-quarter PC shipments dragged down total shipments for the entire year, which IDC said reached 292.3 million units, down 16.5 per cent compared with 2021.

“Average selling prices [ASPs] across many channels also fell as excess channel inventory over the course of the past few months triggered discounting in an effort to spur demand,” Ubrani said.

“Despite these efforts, inventory management of finished PCs as well as components will remain a key issue in the coming quarters and has the potential to further affect ASPs.”

The IDC numbers reflect what the research firm called “traditional PCs,” which include desktops, notebooks and workstations but not tablets or x86 servers.

Gartner, meanwhile, counts as PCs desktops and laptops that are equipped with Windows, macOS or Chrome OS.

According to IDC and Gartner, the fall in PC shipments impacted nearly every vendor.

While IDC did not report Acer’s shipments this week, Gartner did.

Gartner estimated that Acer shipped 3.6 million units during the fourth quarter, which was down 41.2 per cent over last year, giving up its number 5 spot to Asus.

Asus was the fifth-largest PC company in terms of shipments, according to both IDC and Gartner.

IDC estimated that Asus shipped 4.8 million units in the fourth quarter of 2022, which was down 20.9 per cent year over year.

Gartner said it estimates that Asus shipped 4.9 million units in the fourth quarter of 2022, down 19.8 per cent.

For the full-year 2022, Asus’ shipments totaled 18.7 million units, down only 4.5 per cent over last year, Gartner said.

Apple was the relative bright spot in an otherwise dismal quarter for PC sales.

Apple maintained its fourth position in the fourth quarter of 2022 with shipments of 7.5 million units, which was down 2.1 per cent year over year, IDC said.

But for all of 2022, Apple PC shipments actually rose 2.5 per cent to 28.6 million units, making it the only one of the top five PC vendors to actually see a rise in 2022 shipments.

Gartner said Apple in the fourth quarter of 2022 shipped 7.0 million units but that shipments were down year over year by 10.2 per cent.

Like IDC, Gartner also said that Apple saw a rise in full-year 2022 shipments with an estimated 27.9 million units, which it said was up 3.6 per cent over last year.

Dell during the fourth quarter of 2022 saw its shipments drop more than any of its top four rivals, with shipments down year over year 37.2 per cent to 10.8 million units, IDC said.

For the full year, the company’s drop in shipments was less dramatic at 16.1 per cent to 49.8 million units.

HP Inc was the second-largest source of PCs worldwide, both for all of 2022 and for the fourth quarter, according to Gartner and IDC.

Gartner also estimated that HP shipped 13.2 million PCs in the fourth quarter, which was down 29.1 per cent over last year, by its calculations.

The analysts said HP shipped 55.6 million units for the year, down 25.1 per cent.

Lenovo maintained its lead in the worldwide PC market for both the fourth-quarter and full-year 2022, according to IDC and Gartner.

For the rest of the PC manufacturing business, sales were just as disappointing.

IDC estimated that 15.4 million PCs were shipped in the fourth quarter of 2022 by PC makers outside the top five, down 31.0 per cent over the same period of 2021.

Gartner said that PC manufacturers outside the top six shipped 10.1 million units in the fourth quarter of 2022, down 25.3 per cent over last year.

Remember that a big part of the difference between IDC’s and Gartner’s estimated shipments of the other manufacturer stems from the fact that Gartner broke out Acer’s numbers separately, while IDC did not.

Got a news tip for our journalists? Share it with us anonymously here.
Copyright © 2018 The Channel Company, LLC. All rights reserved.
Tags:
businessgartneridcpc
By Joseph F. Kovar
Jan 13 2023
9:32AM