PC, tablet and phone shipments to fall this year: Gartner 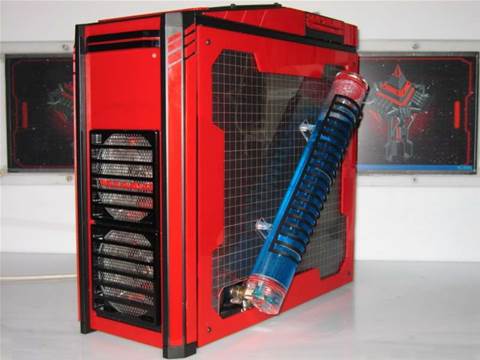 IT research firm Gartner said a “perfect storm” of issues is causing a drop in PCs, tablets and mobile phone shipments across the globe, highlighted by a nearly 10 per cent annual fall in the amount of PCs being shipped worldwide in 2022.

“A perfect storm of geopolitics upheaval, high inflation, currency fluctuations and supply chain disruptions have lowered business and consumer demand for devices across the world and is set to impact the PC market the hardest in 2022,” said Ranjit Atwal, senior director analyst at Gartner, in a statement.

“Consumer PC demand is on pace to decline 13.1 per cent in 2022 and will plummet much faster than business PC demand, which is expected to decline 7.2 per cent year over year,” Atwal added.

Gartner expects total PC shipments to decline 9.5 per cent in 2022, which would be the steepest decline of all device segments this year.

The 9.5 per cent decline in PC shipments this year is due to price increases, unavailability of products due to the lockdowns in China because of the COVID-19 pandemic and Russian’s invasion of Ukraine, according to Gartner.

From a global perspective, the largest drop is coming from the EMEA (Europe, the Middle East and Africa) region which is forecast to record a 14 per cent decline in 2022 due to lack of consumer PC demand.

The spike in PC shipments in 2021 was mainly due to the COVID-19 pandemic creating the new remote workforce, many of whom needed new or improved PCs, according to Gartner.

In addition to a worldwide decline in PC shipments, other popular devices such as tablets and mobile phone shipments are dropping as well in 2022.

Gartner said global tablet shipments are expected to fall 9 per cent annually in 2022.

Tablets include all iOS and Android devices.

Additionally, smartphone shipments are estimated to fall nearly 6 per cent in 2022 compared to 2021.

Major PC and tablet providers like Apple and HP Inc. have both warned that future earnings could be impacted by ongoing supply chain issues.

For example, Apple said this year it expected to take an $8 billion future loss due to supply chain woes, while HP’s notebook revenue dropped 23 per cent in its latest quarterly earnings report.

Although 5G phone shipments are expected to jump 29 per cent, this increase is down from Gartner’s earlier expectations of 47 per cent growth this year.

However, the demand for 5G phones is expected to pick up at a faster pace in 2023.

“Much of the migration to 5G will occur by default as users will replace older 4G smartphones at the end of their life cycle with 5G-compatible smartphones,” said Gartner’s Atwal.

Got a news tip for our journalists? Share it with us anonymously here.
Copyright © 2018 The Channel Company, LLC. All rights reserved.
Tags:
businessgartnermobile phonespcsupply chaintablet
By Mark Haranas
Jul 8 2022
8:48AM