Planit buys Qual IT and SEQA 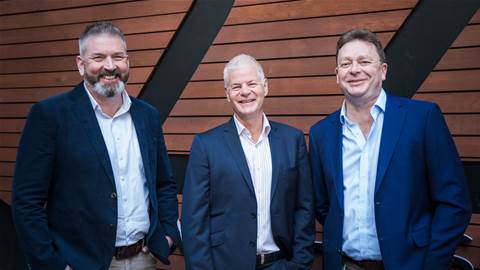 Jon McPhee, Mike Weale and Shane Hewson of Qual IT and Planit.
Supplied

Australian quality engineering and application testing service provider Planit has bought Wellington-based Qual IT and SEQA for an undisclosed sum.

Qual IT was founded by Shane Hewson and Jon McPhee in 2004.

From their initial Wellington base, Qual IT has grown to over 250 employees nationwide, with offices in Auckland and Christchurch as well.

PlanIT chief executive Mark Weale told media that the merged companies will employ some 550 staff in New Zealand, and aims to grow that number with a further 200 new hires.

As the name implies, Qual IT provides quality assurance (QA) services for software development, along with consultance, engineering and testing.

Its portfolio covers Agile QA, business assurance, assistance with COTS (commercial off the shelf) products, DevOps and CI/CD, managed testing, and a range of other IT-related services.

The SEQA business is newer, having been set up by Qual IT and Mark Keegan in 2019 to provide offensive and defensive information security services.

Planit in turn is part of the Australian arm of global giant Nomura Research Institute, and has been been active in New Zealand since 2009 with offices in Wellington, Auckland, Hamilton and Christchurch.

NRI is headquartered in Tokyo, Japan, and has a market cap of NZ$25.3 billion with 13,500 employees.

Details of the deal are kept confidential, but the value of the acquistion of Qual IT and SEQA is "within the top 10 New Zealand technology companies," a spokesperson for the two firms stated.

The Qual IT and SEQA brands will be retained, with no changes to senior management.

Got a news tip for our journalists? Share it with us anonymously here.
© CRN New Zealand
Tags:
businessnomura research instituteplanitqual itseqa
By Juha Saarinen
Jul 5 2022
8:14AM