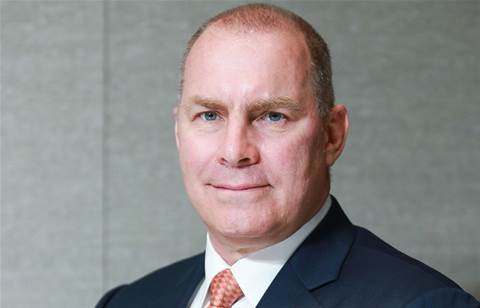 Data backup and management vendor Cohesity has named Michael Alp as its new managing director of Australia and New Zealand.

Alp was hired out of Pure Storage, where he has been ANZ vice president since 2019.

Cohesity said he was chosen for his track record in igniting strategic channel partnerships and navigating complex sales environments.

"I am excited to be joining Cohesity as Managing Director for Australia and New Zealand,” Alp said in a statement sent to CRN.

“I’m inspired by Cohesity’s next-gen approach to data management that makes it incredibly simple for customers to manage their data environments and improve their security postures against cyber threats.

“Cohesity’s ability to help customers accelerate their move to the cloud, protect, and derive value from their ever-growing datasets aligns directly with many of the biggest challenges organisations face today.

I am also thrilled to be joining the Cohesity's community of people, partners, and customers, in Australia and New Zealand and throughout the world.”

Alp also announced the move on LinkedIn, saying his eight-year stint at Pure Storage was “an exciting, rewarding and life changing journey”.

“I have always found myself attracted and motivated by the innovation and creativity of companies, so Cohesity’s approach to help customers manage, protect, and derive value from their ever increasing and complex data footprint, aligns directly with these motivations,” his post read.

“Bigger data footprints come with bigger attack surfaces making ransomware response vital for all organisations public and private - this is even more vital given organisations’ ongoing digital transformation efforts and alignment with approaches like the ACSC’s Essential Eight Maturity Model.

“I'm also delighted to be joining the Cohesity community of people, partners and customers in ANZ, APJ and throughout the world.”

Alp joined Pure Storage in 2014 as vice president for Asia-Pacific and Japan before moving to the ANZ VP role in 2019.

Other stints include management and sales roles at Data Domain, Legato, Tripoint, Oracle and NCR Corporation.

Got a news tip for our journalists? Share it with us anonymously here.
Copyright © CRN Australia. All rights reserved.
Tags:
backupbusinesscohesitymichael alppure storagestorage
By Nico Arboleda
Jul 1 2022
11:41AM