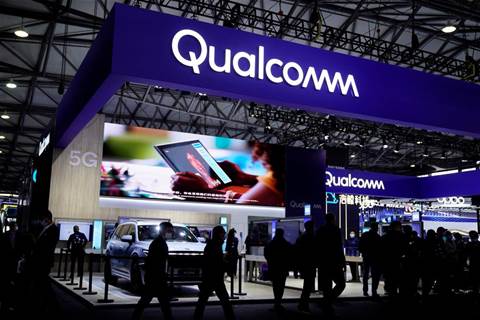 Chipmaker Qualcomm has forecast that revenue would come in US$2 billion less than Wall Street analysts estimated for the current quarter due to a sharp drop in smartphone sales.

Qualcomm also said profits would be less than expected.

Decades-high inflation, the Ukraine war, COVID-19 lockdowns in China and fears of an economic slowdown have soured demand for personal electronics as consumers abandon discretionary spending on items such as mobile phones.

That in turn led to a 12 per cent drop in smartphone unit shipments in the third quarter ended September, according to Counterpoint Research.

Revenue from Qualcomm's handsets business, which makes up more than half of total sales, rose 40 per cent in the fourth quarter, while revenue from chips that enable WiFi and Bluetooth connections fell 20 per cent.

The company forecast current-quarter revenue in the range of US$9.2 billion and US$10 billion, compared with analysts' estimates of US$12.02 billion, according to Refinitiv data.

It expects adjusted earnings per share to be between US$2.25 and US$2.45, compared with analysts' expectations of US$3.42.