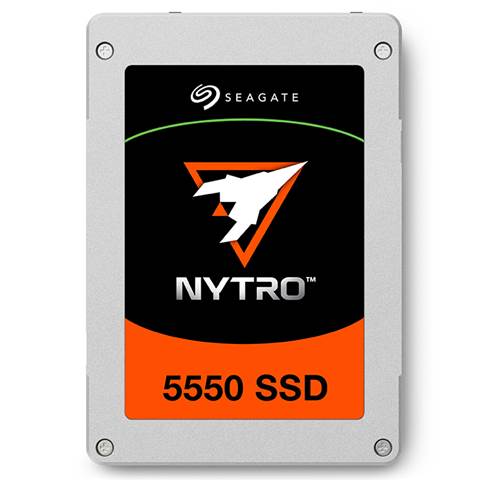 The Nytro 5350 NVMe SSD promises up to 7.4 gigabits per second bandwidth, and up to 195,000 input/output operations per second, Seagate said.

This, the company said, results in a doubling of read throughput compared to Serial Attached SCSI SSDs and provides ten times the bandwidth of Serial ATA.

Seagate says the durability of the Nytro 5350 is one drive write per day at 2.5 hours million mean time between failures.

Nytro 5550 is designed for mixed workloads Seagate said, with random writes of up to 470 k IOPS, and random reads of up to 1.7 m IOPS.

Both drives are made with technology from NAND flash controller technology company Phison Electronics, which has partnered with Seagate for making SSD products for the past five years.

Other features for the drives include power loss data protection, self-encryption, and parity check codes to catch undetected and unintentional corruption.

Seagate said the drives will be available from qualified partners, on-demand.

Got a news tip for our journalists? Share it with us anonymously here.
Copyright © iTnews.com.au . All rights reserved.
Tags:
cloudenterprisenytroseagatesolid state storagessdtech
By Juha Saarinen
Aug 3 2022
10:10AM