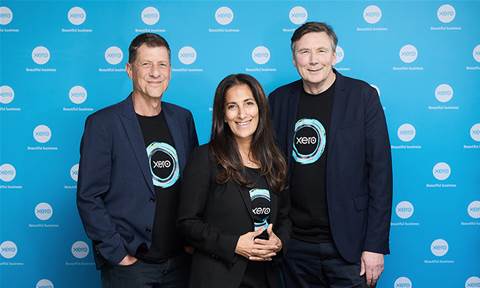 The announcement was made to the ASX by Xero chair David Thodey today, with Sukhinder Sing Cassidy starting in the new role by November 28 this month.

Xero's current chief executive Steve Vamos who spent five years running the accounting company "is retiring from the role and plans to return to his previous portfolio in business coaching and leadership development as and advisor, director and investor," Thodey wrote.

Vamos will assist Singh Cassidy in her transition to the chief executive job, and remain available to advise to the end of May next year.

Sukhinder Singh Cassidy is a Canadian with long experience of the tech industry, and ecommerce including a stint as the Google's president for Asia Pacific and Latin America.

Her career started at merchant bankers Merrill Lynch in New and London, and she is currently on the board at Upstart, a publicly traded fintech company.

Past roles includes co-founding Yodlee, a fintech now owned by Envestnet and which recently appointed its first head of open banking for ANZ, Dr John Harrison.

As part of the chief executive succession announcement, Xero said it has 3.5 million subscribers currently, and NZ$1.5 billion in monthly recurring revenue.

Got a news tip for our journalists? Share it with us anonymously here.
© CRN New Zealand
Tags:
accountingbusinesscloudsaassteve vamossukhinder singh cassidyxero
By Juha Saarinen
Nov 10 2022
1:06PM