The biggest announcements from Oracle CloudWorld 2022 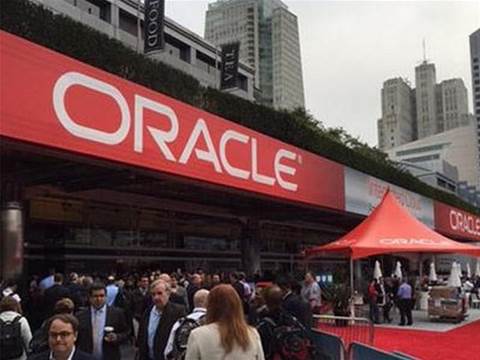 A new Oracle platform for partners to build cloud services, a beta for the latest version of Oracle’s converged database and a beta for MySQL HeatWave Lakehouse were among the biggest announcements made this week at the vendor’s annual CloudWorld conference.

Held in person in Las Vegas and online, CloudWorld 2022 gave the database services and cloud vendor a chance to promote its offerings in an ever-competitive cloud market.

Oracle co-founder and CTO Larry Ellison has been pointing to the popularity of multi-cloud offerings lately, telling listeners on the company’s latest quarterly earnings call in September that “multi-cloud interoperability is one of the reasons our infrastructure business is booming—growing over 50 per cent in US dollars and almost 60 per cent in constant dollars.”

Ellison and Oracle haven’t grown any friendlier in a multi-cloud world, with the tech pioneer’s continued attacks on Amazon Web Services and database rival Snowflake during the earnings call.

“I personally have been talking to some of Amazon’s most famous brands that are running AWS,” he said. “And their AWS bill is getting very large."

"And they can save a huge amount of money by moving to Oracle Cloud Infrastructure."

And we expect next quarter we’ll be announcing some brands and companies moving off of Amazon to Oracle Cloud Infrastructure that will shock you,” Ellison said.

CRN has reached out to AWS and Snowflake for comment on Ellison’s statements.

Users can leverage Alloy in their own data centres and control its operations and regulatory requirements, according to Oracle. Users can serve public sector customers, for example, that have to keep workloads domestic and operate clouds independently.

Alloy allows for a customisable Oracle Cloud Infrastructure console with the partner’s own branding, with tailored customer alerts and documentation.

Oracle announced a beta for the latest version of its converged database, Oracle Database 23c, during CloudWorld 2022.

23c has new capabilities meant for applications written with JSON, Graph or microservices, according to Oracle.

It seeks to make SQL easier to use and adds JavaScript as a stored procedure language.

With this duality capability, data can be used as app-friendly JSON documents and database-friendly relational tables.

Along with Database 23c, other improvements aimed at developers include MongoDB compatibility for Oracle Database for on-premises environments.

GoldenGate 23c has improved performance, diagnostics and security, according to Oracle. It has new replication support for blockchain and immutable tables and application patching without downtime.

A Transforms data integration tool will be available in the future, according to Oracle.

In preview is Oracle Apex 22.2 for low-code app development.

A new workflow approval component is available along with out-of-the-box integrations with third-party apps and data.

Tuxedo 22c is meant to improve Tuxedo apps in Kubernetes and cloud environments.

It has container images, sample Helm charts for Kubernetes distributions and stronger security, according to Oracle.

The company unveiled a host of updates for its Oracle Fusion suite of enterprise applications.

The new offering aims to help improve customer satisfaction, reduce costs and grow revenue through getting the most out of the service life cycle management of assets, minimising unplanned downtime, according to Oracle.

This new version of Oracle Recruiting adds hiring event promotion and support, two-way messaging for recruiters and candidates and a better way to manage interview scheduling, according to Oracle.

A Dynamic Skills feature allows for detection, tracking and analysis of skills and industry accreditation of employees.

Using this health care-focused version of Oracle Cloud HCM, workers can add static, rotating, split and dynamic shifts to their schedules, according to Oracle.

Health-care providers can use the offering for staff planning, and to plan capital expenses, model financials, find trends and anomalies in their data.

Oracle has made its design system and applications-powering platform available to customers and partners to promote a consistent consumer-grade user experience.

Users can embed data visualisations in their Redwood applications, use Visual Builder Studio to build new applications, and predict data input and next actions based on user behavior, according to Oracle.

Oracle unveiled a beta for MySQL HeatWave Lakehouse, with general availability expected in the first half of 2023.

The new offering has the ability to process and query hundreds of terabytes of data in object store, according to Oracle.

The vendor also said that Lakehouse has 17 times faster query performance compared with Snowflake and is six times faster than Redshift on a 400-terabyte workload.

Oracle made multiple announcements for additional data protection and disaster recovery protections for users during CloudWorld 2022.

Got a news tip for our journalists? Share it with us anonymously here.
Copyright © 2018 The Channel Company, LLC. All rights reserved.
Tags:
businesscloudcloudworldmysqloracle
By Wade Tyler Millward
Staff Writers
Oct 19 2022
11:53AM