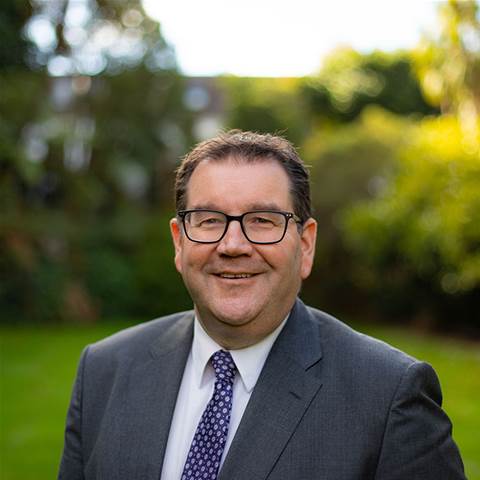 Finance minister Grant Robertson has presented the government's 2022 Budget, outlining spending on a number of digital technology initiatives that it hopes will help build a skilled work force, and move the country towards a high-wage, low-emissions economy.

A total of $220 million in operating and $100 million in capital funding have been set aside for investment in data and digital infrastructure, and capabilities essential for health system performance in the 2022 budget [pdf].

The spending is spread out through several areas, targeting a range of iniatives.

New Zealand's computer emergency response team (CERT NZ) will get a total of $30.7 million to provide cyber resilience support for the private sector and individuals.

The money will be spent over five years, and fund the completion of the Cyber Resilience Measurement Framework (CRMF), uplift the Cyber Smart programme, and to pilot a victim remediation service.

CERT NZ's schedule of work for the coming five years also include developing a technology solution to make it easier for individuals and organisations to report and respond to cyber incidents.

Some $26 million will be spent on addressing cyber security risks at the Ministry of Justice and the Department of Corrections, as part of the multi-year Justice Cluster process.

An information management programme to enhance the security of the New Zealand Police against cybercrime threats will be allocated $24.73 million for the next four years, with the Serious Fraud Office (SFO) getting just over a million for the same purpose.

Crown Law will get $2.584 million until 2026 to strengthen its cyber security posture through an annual certification and accreditation programme.

A permanent cyber security specialist will be hired by the Crown Law Office which will also get licence upgrade money.

Another $29.6 million is going towards managed security for schools, and improving the quality consistency of digital learning, for the current budget year.

Over the next four years, the government intends to improve network connectivity in the currently worst-served areas of the North and South Islands.

Speaking to CRN NZ, Brislen said expanding the network into non-commercial areas is important to the country as a whole and we are supportive of plans to reach out to all New Zealanders.

Although details and figures are not given, the government intends to use some of the $320 million appropriations to provide what it says is critical satellite capability, for improving the accuracy of GPS in the country.

An emergency backup alternative to GPS for aviation is also on the cards.

Airways New Zealand looks set to receive $11.2 million over the next three years to complete a safe minimum network of 24 ground-based navigation aids in five locations around the country.

The Ministry of Justice and the Environmental Protection Agency will receive new IT systems for better case management.

Digitisation of paper-based court processes will be implemented in three phases under the Te Au Raka programme, but the cost is not set out in the budget.

EPA's new system meanwhile will be funded to the tune of $1.325 million over five years.

That funding also covers the purchase of extended support for the Register's Windows Server 2012 systems.

More interventions are needed to boost skills and digital equity

That money is to be split between investment in Software as a Service capability development and telling the NZ Tech Story to the world, but MacLennan said other workstreams within the ITP were not directly funded in the budget.

"Most disappointing is the lack of funding for the Skills Work plan, as an industry, we are in a skills crisis and in desperate need of support to bridge the skills mismatch we are experiencing," MacLennan told CRN NZ.

A recent report from BNZ pointed to some 800,000 New Zealand lacking the skills to participate in the digital world, MacLennan said.

Funding to alleviate the effect of the Covid pandemic such as the Ministry of Education providing affordable connectivity and devices for learners are also coming to an end this year.

"There appears to be no funding for Digital Equity or closing the digital divide," MacLennan said.

"I think about the opportunities digital technology can bring as an accelerator to transform the economy and our lives so it is disappointing more funding was not allocated to help realise this.

Active interventions are needed, a focus on improved digital education, a focus on pathways into the workforce, to grow capability and attract Māori, Pacific peoples and women into digital roles," MacLennan said.

Got a news tip for our journalists? Share it with us anonymously here.
© CRN New Zealand
Tags:
businessgovernmentgpsgrant robertsonmicrosoftnew zealandwindows server
By Juha Saarinen
May 20 2022
9:45AM