'This time it will be different' - VMware CEO on Broadcom acquisition 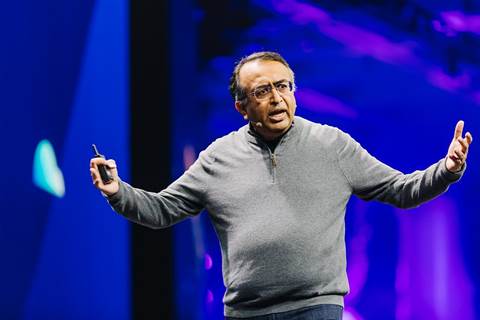 The problems that customers and channel partners experienced after Broadcom bought CA (2018) and Symantec (2019) should not be taken as a road map for how the US$200 billion semiconductor giant will integrate VMware into its operations, according to Raghu Raghuram, chief executive at VMware.

Broadcom and VMware revealed the $94 billion deal in May this year, in a move that caught market watchers off guard.

Jump forward three months, and serious questions about the impact of the acquisition on the customer and partner ecosystems remain.

Indeed after doggedly avoiding the issue, it took 24 hours at the VMware Explore user conference in San Francisco this week, for the VMware chief executive to speak the unspeakable – finally addressing directly concerns about price rises and service levels that customers experienced in earlier Broadcom acquisitions.

When Bloomberg first broke the news of rumours of the acquisition, which were confirmed shortly afterwards, analysts from industry research group Forrester warned, “Despite stock share increases, this isn"t welcome news for VMware customers.

Speaking to the media on day two of the conference, Raghuram moved the cheese from "nothing to see here, people," to "This time things will be different."

“It is not the same playbook/approach," he said.

"They took the approach that they [did] with Symantec and CA because of where those companies were in their company lifecycle," Raghuram said.

"They were very, very mature companies, with very little prospect of growth in the category that revenue was mostly focused on," he said.

By contrast, he said the first question Broadcom asked itself with VMware was “What is the franchise to be built here?"

“And what are the characteristics of the franchise? Can the company that they are acquiring become a leader for the next decade?

"And what does it take? Does it fit the financial profile that we are comfortable with? So that is the path they are going through?"

"They"ve gone through it from an outside perspective, and now they get a chance to get it under the covers. as well. So that"s why this will be different,” Raghuram continued.

For channel partners who have built up extensive VMware businesses, he made two points;
firstly, nothing"s going to change soon.

It"s going to take quite a bit of time for the acquisition to close, so there will be plenty of time to observe and take action.

Next, he suggested partners should engage directly with Broadcom to better understand their thinking

“This is going to take a long time to play out. There"s plenty of time for people to watch and react," he said.

For now, those customers are definitely watching.

Brad Tompkins, executive director of the 150,000-strong VMware User Group which operates independently of the company but also works closely with it, said one of the biggest concerns for customers is innovation.

He told Digital Nation, "I think the biggest thing is, what is this going to do to innovation."

"Hok Tan [Broadcom chief executive] has mentioned that they"re going to continue to invest in innovation," he said.

"They're obviously buying VMware for their customer base, the software, all those kinds of things," Tompkins added.

"And they want to know that this the software that we"ve been using for decades, it"s going to continue to improve.”

For Ciaran Roche, chief technology officer at VMware partner Coevolve, the communication channels are open and working — for the time being.

He told Digital Nation “We"ve seen a great level of engagement with partners and vendors.

"We"re hopeful that that continues and that the combined business going forward will see partners like us and the other partners in the ecosystem as being essential to using these types of technologies to deliver the types of solutions and outcomes that the enterprises are looking for.”

“We liked that with VeloCloud before VMware acquired VeloCloud, which was our introduction to VMware.”

He described VeloCloud as a very pro-partner and said that continued with VMware after the acquisition.

He also said he was focused on the potential upside.

“It raises lots of other questions around some of the opportunities around the semantic product and some of that functionality. So there"s sort of product level, potential benefits that we can see there,” he said.

Jon Waite, general manager of Cloud Technology at Datacom, another VMware partner, said his sense from talking Vmware execs involved in discussions with Broadcom was that the deal would not make a huge difference to VMware.

"A lot of what Broadcom saw and liked to lay out the money was the shift to the subscription model, revenue."

Likewise, he cited VMware"s product portfolio from the desktop through mobile through to the data centre and the network, "There is no way someone today could come up with that portfolio depth from scratch."

Waite did have some concerns, however, such as the risk of key personnel leaving, and the potential disruption to the relationship with VMware.

"Obviously, there are concerns at a commercial level. We"ve had a very long relationship with VMware, we understand not just the products and the services, but also the way that they structure our commercial constructs," Waite said.

"Particularly the cloud provider program that we consume our licensing under so that we can then supply services to our customers," he added.

"There is a concern that maybe we won"t get as good a deal in the future as we been able to negotiate in the past just with VMware, once it has to go, presumably up to the Broadcom approval tier."

Got a news tip for our journalists? Share it with us anonymously here.
© Digital Nation
Tags:
broadcombusinesscoevolvedatacompartnersvelocloudvmware
By Andrew Birmingham
Sep 2 2022
10:26AM