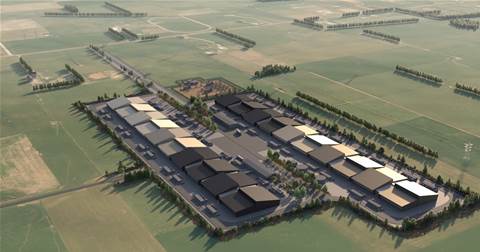 Datagrid, the 150 megawatt facillity planned for Makarewa near Invercargill, has signed up its first anchor tenant, the University of Otago with 21 thousand students.

Moving to Datagrid would allow the UoO  to stop investing in replacing its existing and ageing data centre, while allowing it to scale up or down with ease according to research, teaching and operational needs.

Estimated to cost US$500 million (NZ$770.2 million) in total to build, Datagrid is planned to have up to ten modules, each of which will span 6,500 square metres.

The modules will be built off-site, allowing for staged construction to meet demand.

Initially, one module costing over NZ$100 million is expected to be completed by 2024, which is when the University hopes to start using the Datagrid facility.

Datagrid will be powered completely with electricity from the Manapouri hydro station which has been supplying energy to the Tiwai Point aluminium smelter, making it carbon neutral.

It will be connected to the world through Southland's first subsea internet cable, the 15,000 kilometre, BW Digital owned Hawaiki Nui which is yet to be built.

The Datagrid facility and Hawaiki Nui cable are estimated to cost NZ$1 billion in total.

Got a news tip for our journalists? Share it with us anonymously here.
© CRN New Zealand
Tags:
bwclouddatagridhawaikiservice providersuniversity of otago
By Juha Saarinen
Jun 1 2022
5:05PM