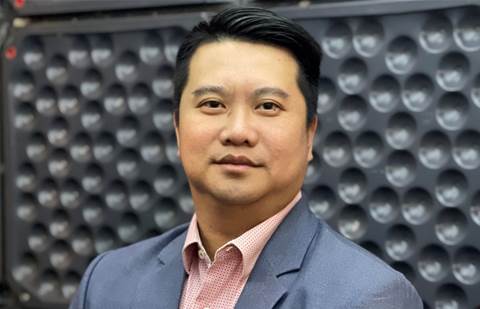 IT infrastructure company Vertiv has appointed Vai Le as its new associate channel director for Australia and New Zealand.

Le will be responsible for leading strategic direction across Vertiv’s IT, mechanical and electrical, and distribution divisions by building on existing alliances and creating new awareness across the ANZ channel ecosystem.

He replaces Rob Steel, who has since moved to PowerShield as their channels and projects manager NSW/ACT.

Vertiv said Le was selected for the role due to his 20 years of experience in the ANZ technology channel, saying he has a proven ability of establishing growth opportunities with reseller partners and alliance partners and working cross-functionally across organisations to reduce departmental silos and promote channel confidence.

Le is also tasked to lead the continued modernisation of Vertiv’s partner program, and will be reporting to Vertiv’s ANZ sales director for product and service Lulu Shiraz.

“With passion for continuous organisational improvement and desire to establish the channel as the motorway for better customer experience, Vai will be a valued member of our leadership team, and a catalyst in strengthening relationships with reseller partners and advancing vendor alliances for a modern channel,” Shiraz said.

Le joins Vertiv ANZ from Emersion Systems, where he led the billing automation platform’s go-to-market channel strategy across the Asia-Pacific region as sales manager and channel alliance manager from 2021 to 2022.

Prior to that, Le worked as ASUS’s commercial channel manager ANZ from 2019 to 2021, where he rebuilt their channel business and established the company’s first telecoms partnership with Singtel and Optus, distributing entertainment devices to Australian and Singaporean households.

Commenting on his appointment, Le said, “Beyond the explosion in consumer IoT devices, Australia and New Zealand’s growing demand for computing power also resides with the business world’s investment in data-driven decision-making and automation.”

“As quicker data distribution and lower latency demands intensify, cloud-first strategies are shifting course and companies are looking for processing power at the edge."

"Vertiv’s secure and reliable IT infrastructure, combined with the expertise and on-the-ground support of our partners, makes faster processing – where the action occurs – not only a possibility, but a success,” Le added.

Got a news tip for our journalists? Share it with us anonymously here.
Copyright © CRN Australia. All rights reserved.
Tags:
businessemersion solutionsinfrastructurepowershieldvai levertiv
By Amelia Norris
Nov 24 2022
10:54AM