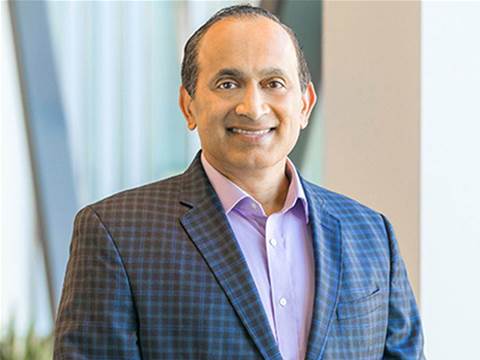 Data management specialist Cohesity has landed one of the hottest executives in the IT industry, hiring former VMware superstar Sanjay Poonen as its new president and chief executive.

“Cohesity sits at the intersection of three of the highest priority business issues today – cyber security, cloud, and data management – and is poised to become a major powerhouse with industry analyst firms naming the company a leader and one of the fastest growing in its category,” Sanjay Poonen said.

In his most recent role as Chief Operating Officer of VMware, Poonen led sales, marketing, services and appliances, while playing a critical role in doubling the company’s revenues from US$6 billion to US$12 billion during his eight years at VMware.

Poonen disclosed in May 2021 that he was leaving VMware, but at the time did not say what his next post would be.

However, VMware selected longtime engineering leader Raghu Raghuram to take over the company.

With Raghuram at the helm, VMware is now on track to be acquired by Broadcom in a move that has created concerns among many VMware employees and channel partners.

Why Sanjay Poonen is joining Cohesity

Poonen said he joined Cohesity after speaking with customers about the major role the company plays inside the enterprise.

“In my due diligence with customers, I’ve found that Cohesity has the best technology in its category and protects data for many of the biggest brands in the Fortune 500,” said Poonen.

The technology executive all-star has a vast executive track record at VMware and SAP.

At VMware, Poonen played a big role in forming multiple successful cloud partnerships including with AWS, Microsoft, Google, and Oracle. He also led the company’s security and end-user computing businesses, including the acquisition of AirWatch and Carbon Black.

Poonen, who many thought would take over the reins from Gelsinger, was also a fixture during VMware’s conferences, typically being a keynote presenter during large VMware events.

Before VMware, Poonen served as President of SAP where he led SAP’s applications, industries and platform teams, while also serving in top engineering and sales roles that helped double SAP revenues from US$10 billion to US$20 billion during his seven year tenure at the company.

Aron has been chief executive of Cohesity since its founding in 2013.

He is also the co-founder of hyperconverged infrastructure standout Nutanix.

“Above all, Mohit has built an incredible team across the organization that is committed to driving innovation while putting customers first,” said Poonen.

Aron will transition to becoming his company’s chief technology and product officer.

He will continue to lead Cohesity’s research and development, support and services and remain on the Board of Directors.

“As we scale, it is important to me to have a tighter focus on where I spend my time to have the greatest impact,” said Aron in a statement.

Cohesity to ‘disrupt the US$25 billion data management market’

Aron said he approached the board with the goal of finding a seasoned and proven executive that he could partner with to achieve the company’s ambitious goals.

“I’m excited to work with Sanjay as we continue to grow and disrupt the US$25 billion data management market,” Aron said.

“I’ll continue to work closely with our customers and partners to further drive Cohesity’s technology and product leadership forward as we combat ransomware, eliminate data fragmentation, and simplify data management in the hybrid and multicloud world,” he added.

Cohesity aims to simplify data management by making it easy to protect, manage, and derive value from data across the data centre, edge and cloud.

Cohesity can be delivered as-a-service, self-managed, or provided by a partner.

Cohesity, which has more than 2,100 employees worldwide, filed for an IPO last year after being valued at approximately US$2.5 billion.

However, there’s no specific time frame right now for when Cohesity will go public.

“I look forward to leading this talented organisation and driving even further success in strong partnership with Mohit and all Cohesians,” said Poonen.

Got a news tip for our journalists? Share it with us anonymously here.
Copyright © 2018 The Channel Company, LLC. All rights reserved.
Tags:
awsbusinesscohesitygooglemicrosoftsanjay poonensapvmware
By Mark Haranas
Aug 3 2022
12:34PM