Vocus, 2degrees merger gets thumbs up from Commerce Commission 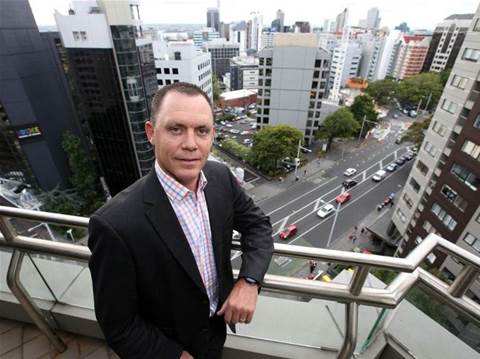 The merger of 2degrees and Vocus Group’s Orcon has crossed another hurdle after getting the all-clear by the Commerce Commission.

The Commission said in a statement that it “considered the potential impact of the proposed merger on competition in retail and wholesale telecommunications markets.”

Deputy Chair Sue Begg said the Commission was satisfied that the merger is unlikely to substantially lessen competition in any New Zealand market.

“The focus of our enquiries was on wholesale and retail competition in broadband and fixed voice and mobile services. The evidence before us indicates that the merged entity will continue to face strong competition from existing competitors, including Spark and Vodafone,” said Begg.

CRN understands that the completion of the deal is still awaiting approval from the Overseas Investment Office.

The merger, which sees Vocus Group paying $1.7 billion for 2degrees, was first announced on December 31, 2021. It is expected to complete in the first half of this year.

The combination looks to capitalise on the telcos’ complementary market presence, with Vocus having a strong broadband customer base, while 2degrees is the third-largest mobile connection provider, after Spark and Vodafone NZ.

Mark Callander, Vocus NZ chief executive, will be taking the reigns of the newly merged company, as announced in early February.

“We are pleased to receive Commerce Commission clearance, which is the first step in the regulatory approval process for the merger of Orcon Group and 2degrees," Callander said

“This outcome recognises that the merger will enhance competition and provide benefits to Kiwis and Kiwi businesses. The combined offering of Orcon and 2degrees positions the business as a strong third player in the New Zealand telecommunications industry.

“Under the 2degrees brand, Kiwis will have access to mobile, fixed line, and wireless broadband
services as well as competitive energy services. While we await further regulatory approvals, both companies continue to drive their businesses forward, delivering quality services and support for all customers”.

Got a news tip for our journalists? Share it with us anonymously here.
© CRN New Zealand
Tags:
2degreesacquisitionbusinesscommerce commissionispmergertelcovocus
By Ben Moore
Mar 15 2022
10:24AM