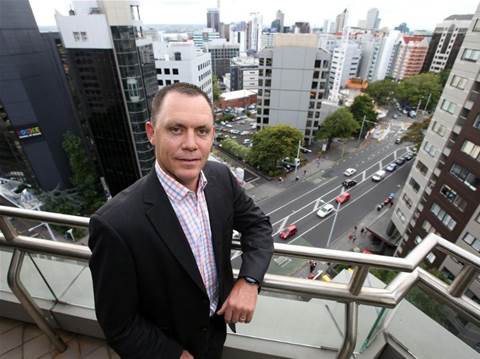 Vocus NZ chief executive Mark Callander has been named to lead the combined ISP and telco if Orcon Group’s acquisition of 2degrees gets the go-ahead, the companies said in a release today.

The new combined entity will bear the 2degrees name, recognising the “significant value” of the “powerful and respected” brand with more than 1.5 million customers, the companies said.

“A merger of Orcon and 2degrees creates an extraordinary opportunity to bring together two fantastic teams of people who share a laser-sharp focus on innovation and service to meet customers’ needs. Together we propose to create a genuine third force in the New Zealand telecommunications market,” he added.

The acquisition of 2degrees by Orcon was announced on December 31 last year. Orcon is owned by Vocus, which is owned by two Australian companies, Macquarie Asset Management and Aware Super. The deal would see 100 percent of 2degrees being purchased from current owners, Trilogy International Partners and Tesbrit B.V.

Both companies were looking at listing on the NZX before the agreement was made.

“Pending regulatory approvals and satisfaction of other conditions, the integration and growth of the companies for the post-completion period will be focused on continued innovation and service excellence,” Callander said.

“Mark Aue has done a great job building the 2degrees business over the last few years. The strong growth momentum and the world-class network that has been built has positioned the business for long term success. Mark has driven a real challenger culture and a commitment to building a purpose-driven business, which I'm honoured and excited to take forward.”

The release said that 2degrees CEO, Mark Aue, who led 2degrees for almost four years, will remain with the business until the completion of the transaction and will play an active role in planning the integration of the two telcos.

“I’m incredibly proud of what we’ve achieved over the past four years,” Aue said. “2degrees is a purpose-driven organisation and our people are passionate about delivering quality products, service, and support to Kiwis. 2degrees has completely changed the New Zealand industry since launching in 2009 and I am certain will continue to do so.”

Callander has bee responsible for launching several ISP and telco brands in Aotearoa, including Slingshot and Orcon, and integrated previous Vocus acquisitions into the company, such as Stuff Fibre and power company Switch Utilities.

Got a news tip for our journalists? Share it with us anonymously here.
© CRN New Zealand
Tags:
2degreesacquisitionbusinessmergerorcontelcovocus
By Ben Moore
Feb 3 2022
10:52AM