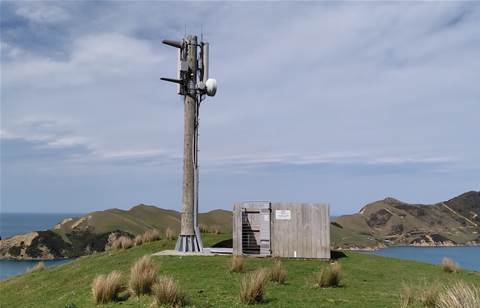 The sale of the assets was referenced in a recent update from Vodafone NZ parent company, infrastructure investment company Infratil, as the company looks to release capital.

There is no decision yet on what any potential deal may look like, a Vodafone NZ spokesperson told CRN.

The telco said the decision to offload the passive tower assets will not only free up capital for reinvestment to bolster growth, but also allow greater investment in active network assets, such as spectrum and its core mobile network, and reduce environmental impact as options for colocation open up, meaning fewer towers being built in the future.

A statement from the telco said that it “has the largest tower portfolio in New Zealand, covering 98 percent of NZ’s population, with strong co-tenancy potential, currently comprising ~1487 wholly-owned mobile towers spread across New Zealand”.

It added that it will continue to build new sites to ensure it maintains its coverage capacity.

The spokesperson said that the move should is “independent of pricing strategy”, which means it should have no impact on mobile connection pricing for customers.

“As the necessary infrastructure to support digital economies grows in importance, and as telecommunications companies look to unlock value that can be reinvested, separate ownership of passive mobile tower assets has become increasingly common,” the company said.

Competitor telco Spark recently made the decision to transfer ownership to a new subsidiary while across the ditch, Aussie telcos Telstra and Optus recently sold portions of their tower-owning subsidiaries with long-term lease agreements.

The company described passive assets as including “physical towers, masts and poles, foundations, fencing and access facilities, and any associated contractual rights to occupy the site area”.

It has engaged two financial services companies to advise it on the potential deal – Australian Barrenjoey and Swiss UBS.