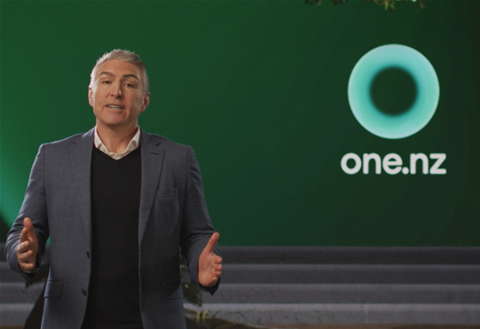 Next year the Vodafone New Zealand brand, which has been in existence for around 25 years, will be replaced by the One New Zealand moniker.

The chief executive of Vodafone New Zealand, Jason Paris, called the rebranding "the next logical step in [the telco's] onging transformation".

Asked if the licensing fee, believed to be several tens of millions of dollars a year, for the Vodafone brand was a driving factor behind the name change, a spokesperson for the telco told CRN NZ  that it could not confirm the financial details around the annual payment.

It follows the 2019 buy of of Vodafone New Zealand by infrastructure investor Infratil, and Canada's Brookfield Asset Management.

Massive day for @vodafoneNZ as we announce that we will become One New Zealand in 2023. This means we will have even more $ to invest in our networks, service & tech in NZ. All of our amazing Voda tech (roaming, IoT etc) remain, so our customers don’t need to do a thing. #OneNZ pic.twitter.com/mZ3b9SihmF

Infratil also has stakes in Internet telephony provider Vodafone Next Generation Services, formerly known as WorldXChange, which was acquired by the telco in 2015, utility Trustpower and satellite service provider Bay City Communications.

The telco sold its passive mobile cell site assets, covering 1484 towers, to two private equity firms in July this year, in a deal worth $1.7 billion.

Vodafone New Zealand came into existence after the United Kingdom based telco acquired BellSouth's Aotearoa subsidiary with 138,000 customers in 1998.

In 2006, Vodafone purchased one of the original New Zealand internet providers, ihug, set up by brothers Nick and Tim Wood, from Australia's iiNet.

Furthermore, in 2012, the telco bought Telstra subsidiary TelstraClear which brought in more fixed-line and mobile subscribers, and hybrid fibre-coaxial networks in the Wellington and Christchurch areas.

Currently, Vodafone NZ has over 3000 employees and nearly three million mobile and fixed-line customers; the telco operates a nationwide network with 5G, 4G and 3G technologies.

In the 2020-21 final telecommunications development levy allocation, the Commerce Commission assessed that Vodafone NZ had just over $1.1 billion annual revenue, making up for around a quarter of the industry's $4.4 billion total.

This placed Vodafone NZ in the number two spot, after incumbent Spark that had revenue of just over $1.4 billion, which amounted to almost a third of the industry total.

Vodafone New Zealand's former long-serving chief executive, Russell Stanners who spent almost 17 years running the telco, was appointed to the board of 2degrees in August this year.

Got a news tip for our journalists? Share it with us anonymously here.
© CRN New Zealand
Tags:
one nzservice providerstelecommunicationsvodafone
By Juha Saarinen
Sep 28 2022
11:03AM