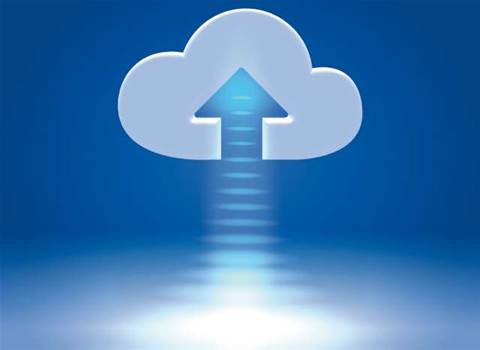 Many companies are looking to the cloud for storing primary and/or secondary data, and they will need managed service providers to help them not to pay too much for it, thanks to hidden fees.

That’s the advice from Drew Schlussel, senior director of product marketing at Wasabi, who told an audience of MSPs and other solution providers that they and their customers are probably paying too much for cloud storage even as they are forced to invest in capacity.

“Why is cloud storage so popular,, Schlussel said.

“You probably know all this. There’s exponential data growth, and continuous budget pressures."

"We’re gonna see that pressure get harder and harder."

"Whether or not we’re in a recession or going to go into a recession, everybody has an expectation that they have to tighten up,” Schlussel added.

XChange is hosted by CRN parent The Channel Company.

The big three hyperscaler cloud companies—Microsoft, Google, and Amazon—are making more money from fees than they are on the actual storage of the data, he said.

“For every terabyte, you pay a flat fee.

This is all a part of what Wasabi calls Cloud 2.0, which Schlussel defined as making storage available for any use with predictable pricing.

“We’re talking about performance that makes sure your data gets in and out without any glitches.

And then of course, let‘s be sure that your data is protected,” he added.

While Wasabi’s cloud storage price on a per-gigabyte-per-month basis is significantly lower than that of the top hyperscalers, the company also offers something it calls reserved capacity pricing, Schlussel said.

“So rather than you setting up the contract and extracting US$5.99 per terabyte and make margin on that, you can sell it in bulk starting at 25 terabytes for one, three or five years,” he said.

“You can essentially sell what was on-prem storage but as a cloud storage service, and you get paid right up front.

So you can use that money to invest in your operations, invest in your teams, give everybody a raise, have a drink at the bar, whatever you want to do,” he said.

The industry has a 22-percent CAGR (cumulative annual growth rate), and is expected to reach US$57.4 billion in value by 2024, he said.

“We continue to see that part of the market grow and grow,” he said.

Object storage is doing even better, with a 50 per cent annual growth rate, Schlussel said.

He noted that one of Wasabi’s partners, Veeam, has plans to target object store as a primary storage target in the next version of its technology.

“I think this is going to be a game changer, especially in the SMB and SME (small and midsize enterprise) space,” he said.

“I think in the high end enterprise space, it won’t be as big a deal. I think they are still kind of stuck in their architecture of high-speed on-prem, with the cloud for secondary and tertiary."

"But I think for you all, my guess of what your clients are expecting, it’s going to be an outstanding shift."

"And you’re going to see everybody else follow suit. Object storage is emerging as a more secure way of backing up data.”

One of the biggest growth areas for cloud storage, and one which MSPs should embrace, is video surveillance, Schlussel said.

“I swear, if you are not today working with surveillance video in some way, shape, or form, you need to go get into that business,” he said.

“Think about it: 4K video, body cams, thousands of cameras in every possible situation. Schools, hospitals, civic centers, you name it, they‘re everywhere.

"In fact, we can play a little game here today: where’s the security camera?" he asked.

"I guarantee that you’ve been observed by at least three or four dozen cameras while you‘ve been on this property.”

“Storing that video surveillance footage, in most cases, especially when it’s in a SLED (state, local, and education) environment, it’s a five-year retention, or in many cases seven years or more,” he said.

“So imagine the growth of data at that high resolution over five years. That‘s like you printing money.”

Cloud storage is one of the “stickiest” services MSPs can offer their clients because of how difficult it is to migrate from one storage provider to another, Schlussel said.

“Data has gravity,” he said.

“If you are doing a great job managing and protecting your customers’ data, then guess what?

They’re going to stay with you. You are going to be a sticky vendor, and a good way for them.”

That said, Wasabi can help with the migration from other cloud storage vendors to its cloud, Schlussel said.

“There are services, and we can support you, of course, to make sure that you can get away and come over somewhere a little bit more friendly,” he said.

“It’s usually done in a matter of weeks, depending on what capacity we‘re talking about, but easy to get away.”

Wasabi is also very much a partner-focused company, and has validated and tested over 350 integrations, both well-known major storage vendors as well as smaller companies, Schlussel said.

“As long as you have an Amazon S3 API-compatible application, you should be able to lift and shift,” he said.

“So it’s just a matter of transferring the state of your store, and then we retarget an application to the new endpoint URL.

And for folks who are dealing with multiple regions around the world, we do have 13 sites now,” Schlussel concluded.

Got a news tip for our journalists? Share it with us anonymously here.
Copyright © 2018 The Channel Company, LLC. All rights reserved.
Tags:
awsbusinesscloudgooglemanaged service providersmicrosoftmspobject storagestorageveeamwasabi
By Joseph F. Kovar
Aug 26 2022
3:59PM