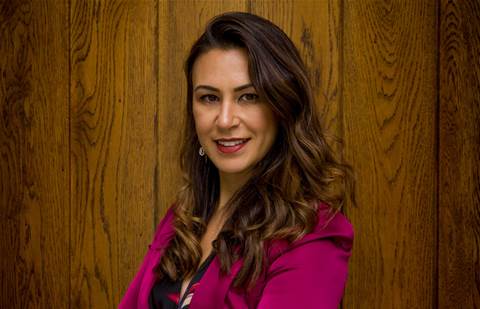 Komadina replaced Nicu Sasaran who left his role as the US-based cloud and security services provider in February this year. Sasaran went on to work for IBM subsidiary Red Hat as senior director of partner ecosystem Asean and Korea.

Based in Sydney, Komadina has been in channel leadership roles across the IT industry for more than a decade, including as Cisco’s territory account manager, Lenovo’s head of brand and channel GTM and Microsoft’s manager of partner communications and community.

Cloudflare said in a statement today that “one of [Komadina's] core focus areas will be the expansion of zero trust with enablement, marketing, and funding programs to support regional channel partners.”

Komadina worked at AWS for three and a half years. She was first hired as a senior partner development manager in 2020 and then promoted to AWS APJ channel chief in 2020.

“Wendy defines herself as a builder, with a strong track record of building new teams and initiatives, including her most recent work launching affinity group ‘She Builds: Women in Channel’ that focuses on building a community for women in senior channel roles across the tech sector.”

Cloudflare said a strong AP channel strategy was essential as demand has grown in the region for zero-trust security solutions.

“Recent Cloudflare research highlighted the opportunity, with 58 percent of Asia Pacific businesses planning to implement a zero-trust strategy by August 2022 in response to increased cyberattacks, and 90 percent noting it was relevant to their business.”

Got a news tip for our journalists? Share it with us anonymously here.
Copyright © CRN Australia. All rights reserved.
Tags:
amazon web servicesapjcappointmentawsbusinesschannelcloudflaresecurity
By Jeremy Nadel
Apr 21 2022
9:53AM