What employees look for in a tech job 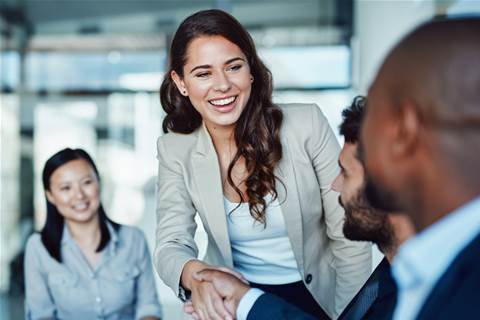 Salary and compensation, work-life balance and career development are the top considerations for job seekers in the ICT industry, according to new data from the job search platform Seek.

Seek’s survey of 750 ICT job seekers was published as interactive data on the website's Laws of Attraction portal and gives insights into how application drivers differ based on the gender, age and seniority of job-seekers, allowing employers to tailor their ICT recruitment strategies to targeted candidates.

The data was gathered by Seek and independent US research company Qualtrics by asking Australians either looking for work or considering changing roles in the next two years to rate the importance of factors that drive them to apply for a job.

Salary & compensation was the number one driver of attraction with an importance score of 29.4 percent.

“ICT over-indexes on the importance of salary and compensation compared to other industries,” the report found.

“Within salary & compensation, base salary is the most important subdriver with 69 percent of respondents saying it is a must-have, followed by a salary review at 51 percent.”

The report found “compared to other industries, ICT under indexes on viewing in-house training programs as a ‘must have’” at 23 percent, whereas on-the-job skill development and coaching is rated higher at 41 percent.

What drivers are IT channel players playing too in their recruitment strategies?

CRN spoke to IT channel partners on whether they found the results surprising and what drivers they have incorporated into their hiring campaigns.

"In the past, people placed an emphasis on the colleagues they worked with and the place they worked at whereas now, in the work from home era these things have become largely invisible, simply faces on the other end of a virtual meeting."

"It’s understandable that the priority of these aspects have slipped, while [the] priority of remuneration package has increased; it’s the one constant in any organisation."

"When it comes to factors like work-life balance, flexibility is baked into the way we work and have had some candidates state this as a key reason for joining us."

"We have a state of the art head office located in the newly developed NSW Tech Hub, 3 min from Central Station. We are also incorporating more flexibility in leave policy."

"We are offering advance purchase leave, as well as annual leave cash out"

"We hire and promote based on attitude, as we believe we can nurture and develop aptitude."

"We are proud to have stories of people who started on reception and are now part of the executive team."

Platinum Technology’s director of sales and operations Joseph Girgis said Seek’s findings were “not surprising at all.”

Girgis said recruits were guaranteed career development by “putting in place a clear policy of ‘internal promotions first’ before going out to the market.”

Few differences in what attracts men and women to ICT jobs

The Seek data showed that women cared only slightly less about salary and career development and only slightly more about work-life balance in ICT jobs.

Women applying for ICT jobs gave salary and compensation an importance rating of 27.1 percent, only three percent lower than men, who rated it 30.1 percent.

There was a significant difference between the factors millenials (25-41 years) and baby boomers (over 58 years) said were most attractive about an ICT job.

However, respondents from both generations valued salary and compensation to near the same degree, with millennials rating it 31.2 percent for importance, 2.5 percent higher than baby boomers who rated it 28.7 percent.

Got a news tip for our journalists? Share it with us anonymously here.
Copyright © CRN Australia. All rights reserved.
Tags:
ac3businesscandidatesgreat resignationplatinum technologyrecruitementseek
By Jeremy Nadel
Apr 4 2022
10:27AM